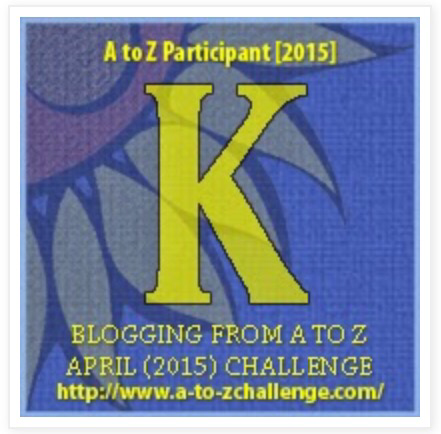 My 2015 A to Z Challenge Theme is Quotes & Lines from Literature. Each day I will be posting a favorite quote or a few lines from well known short stories, poems or novels, with the letter of the first name as the A to Z. I’ll have a short write up with each quote, but each quote can also serve as a writing prompt for readers or myself.  I may write a poem or flash fiction based on that quote, or just throw it out there as inspiration. Hopefully you’ll join me in this adventure! I’ll try to include some of my favorite blog finds as I move through the challenge as well. 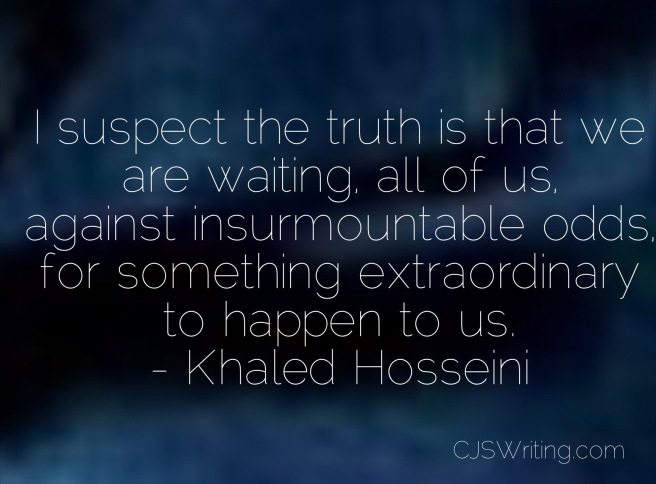 I’ll confess when brainstorming for K, I tried to think of authors whose name started with K and then looked for the quote, rather than having this one. This quote is from Khaled Hosseini’s And The Mountains Echoed, which I will also admit I have not read, but I really love this quote.

So many favorite books feature characters who seem ordinary or feel ordinary but end up having extraordinary things happen to them.  Harry Potter and Katniss Everdeen are just a few.

By reading, or writing, we can find ourselves in the characters who live in an extraordinary world and through them feel extraordinary as well.

To start of the new week of A to Z posts, I’m adding in a poem. I chose the Nonet form which I found on Shadow Poetry. A Nonet has nine lines, with the top line having nine syllables, the second with eight syllables, the next seven, etc down to the last line, which only has one. Rhyming optional.

Some may say there is nothing worse than

being ordinary, but still

the ordinary may find

in a life that

Do one. Do them all. But do something.

Cooking with a Wallflower
Down Home Thoughts
musingsfromameanderingmind

Darling, You Should be Writing.

Studying, blogging, reading and writing with a large cup of coffee nearby

because reading also involves the way your head rests on your hand as you lean over a book, the damp mark you leave on a page when reading in the tub, or being interrupted by a

There are no foxes here

http://penpaperpad.com
The Gad About Town

inspired by the sunshine & squalls of life.

Stories, poems and thoughts about things I find interesting!

self-care is a revolutionary act

Words on a blackboard

In a world of poems, words steal love and put it on a blackboard

"Of this I am certain: The moment you said, "You are..." I no longer recognized myself. ‪‎I am‬ more than the woman you see. "